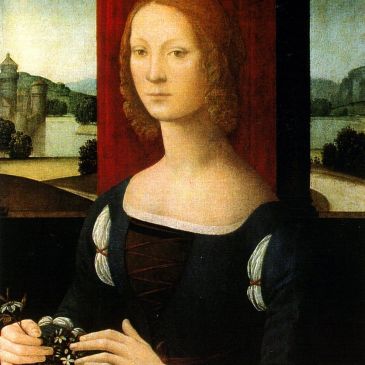 Ciao Tutti! Welcome to the first workshop I’m hosting for translating the recipes of Caterina Sforza’s Gli Experimenti. First, let’s learn who she was, what the book is, and talk about the foundations laid by other researchers who have studied her work. The Author Caterina Sforza led a controversial and dramatic life, leaving us with … END_OF_DOCUMENT_TOKEN_TO_BE_REPLACED

Known World Italian Symposium: Salons of the Italies II is happening across the Known World April 23-24, 2021. Visit our KWIS: Salons of the Italies II event website for a full list of class descriptions, the schedule, and the zoom links for April 23-24! https://sites.google.com/westking…/salonsoftheitalies/home The schedule for the event will be posted on the … END_OF_DOCUMENT_TOKEN_TO_BE_REPLACED 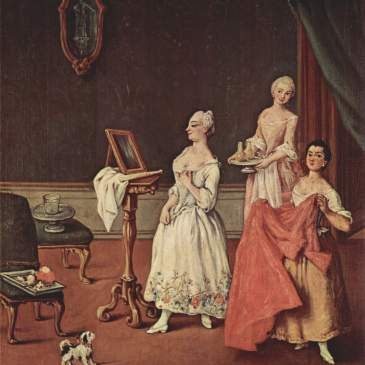 Dipping my toe into the waters of 18th-century beauty manuals and to no surprise books of secrets are still being printed. One book that I find in many of my research digs is the English translation of Toilette de Flore by Pierre-Joseph Buc’hoz. When I searched for information on Buc’hoz there was very little information … END_OF_DOCUMENT_TOKEN_TO_BE_REPLACED

This blog post is dedicated to the digital exhibition on Apothecaries from Harvard University (https://collections.countway.harvard.edu/onview/exhibits/show/apothecary-jars/sequence). Apothecaries were a branch of the tripartite medical system of apothecary-surgeon-physician which arose in Europe in the early-modern period. Well established as a profession by the seventeenth century, the apothecaries were chemists, mixing and selling their own medicines. They sold … END_OF_DOCUMENT_TOKEN_TO_BE_REPLACED

I’ve posted a video on how I perfumed a pair of leather gloves based on Margaret Baker’s recipe which can be found in her still room book (f98). In here book Margaret gives us insight on secrets for beauty that range from face powder to hair growth treatments. Learn more about her book at the … END_OF_DOCUMENT_TOKEN_TO_BE_REPLACED 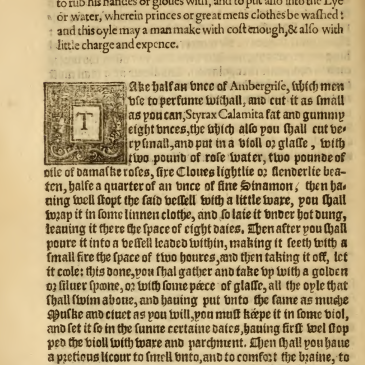 In 1555 Dei Secreti del Reverendo Don Alessio Piemontese was published in Bologna. In 1558 an English translation of that Italian book of secrets was published (and is now available online in digitized form). This book was wildly popular, translated into several language in the first few years of existence and then published in more … END_OF_DOCUMENT_TOKEN_TO_BE_REPLACED 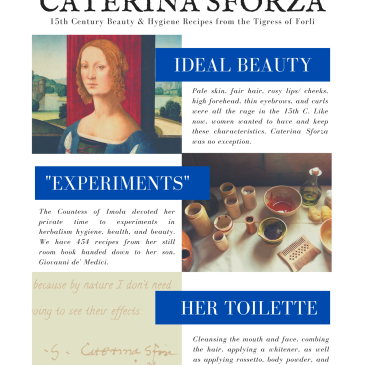 Here is the handout: Feel free to contact me with questions and thank you for attending my class today! 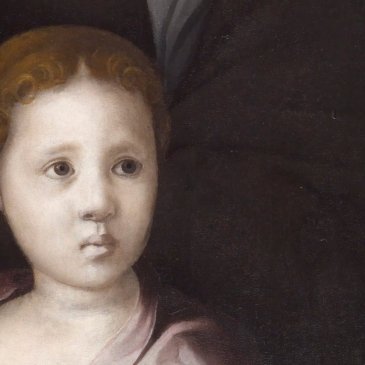 Major Discovery Maria Salviati, as in other contemporary portraits of her, wears the clothes of mourning for her deceased husband, the famous military leader Giovanni delle Bande Nere de’ Medici (d. 1526). The little girl holding her hand here is her niece Giulia, who was raised in Maria’s household after the murder of the child’s … END_OF_DOCUMENT_TOKEN_TO_BE_REPLACED

Cia degli Ordelaffi and Violante Malatesta, known as “The Ladies of Cesena”, were two great women who made the history during the trecento (1300s) and quattrocento (1400s). Cia degli Ordelaffi was a valiant woman who, together with her soldiers, was able to resist the assaults of the army of the Spanish cardinal Egidio Albornoz who … END_OF_DOCUMENT_TOKEN_TO_BE_REPLACED

Reblogged from https://www.monstrousregimentofwomen.com/2015/02/isabella-deste-la-prima-donna-del-mondo.html Isabella d’Este, marchesa of Mantua (died 13 February 1539) Let Your Highness, I beg of you, keep a tranquil mind and attend wholly to military affairs, for I intend to govern the state with the help of these magnificent gentlemen and officials in such a manner that you will suffer no wrong, and all … END_OF_DOCUMENT_TOKEN_TO_BE_REPLACED