In this portrait of Lucrezia Tornabuoni (c. 1475) she wears a forest green cioppa (overdress) with long dark blue sleeves, an simple edgeless linen coverciere (scarf/partlet) held in place by two gold pins, a high neckline camicia (chemise), a slice of her bright red gamurra (underdress) shows through the laces of her cioppa which are held by gold lacing rings, a linen cuffia (cap) covered by a veil embroidered with a black band of mourning, no jewelry. Grieving women of quattrocento (15th C) Florence wore dark blues, greens, brown, and purples. 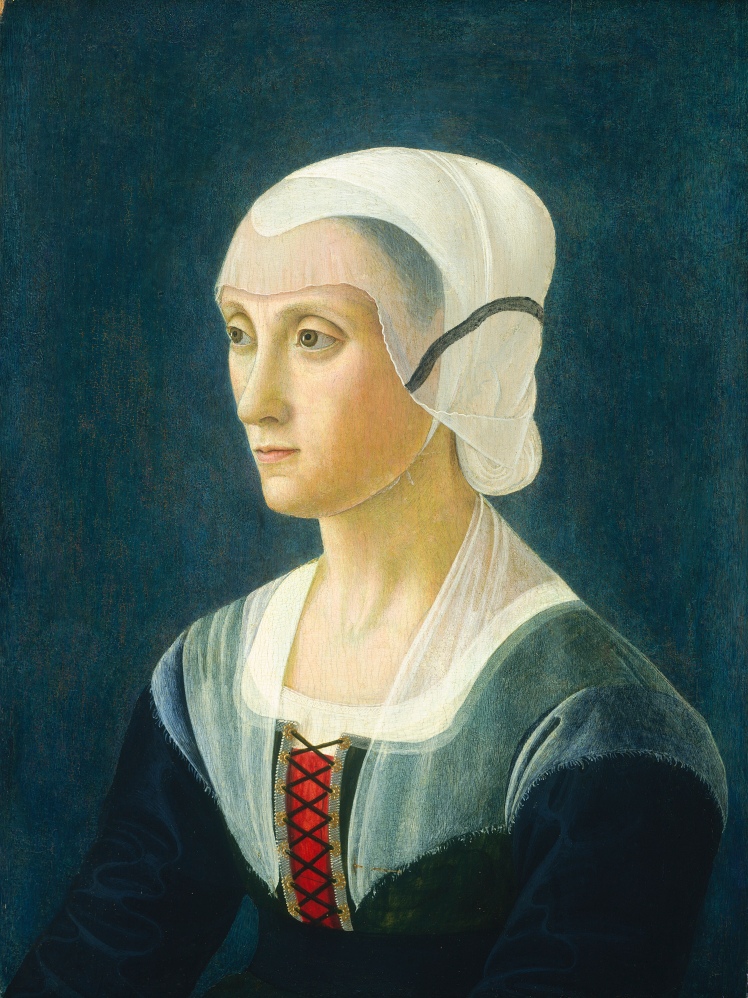 What is the intended message of this portrait? Simple, almost austere, yet… the red gamurra?

Lucrezia (1427-1482) was a daughter in an elite Florentine banking family who at age 17 married Piero di Cosimo dei Medici. She is the mother of Lorenzo the Magnificent and was instrumental in helping both her husband and her son in business as well as political matters. This is a spectacular feat as it has been suggested that Florence was the worst place in Renaissance Italy to be born a woman. Indeed, in a letter to her mother an exasperated Nannina Rucellai, sister of Il Magnifico, wrote “O do not be born a woman if you want your own way…” 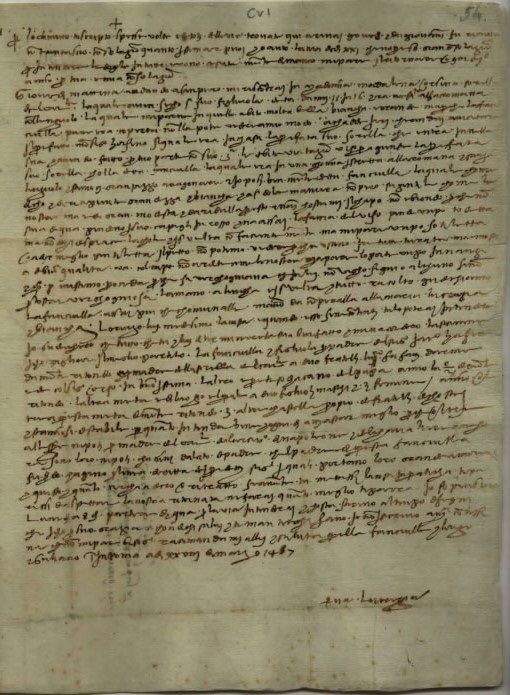 I’ve posted her portrait (NGA), a laudi (sacred poem) in her hand, and a letter to her husband in her hand. 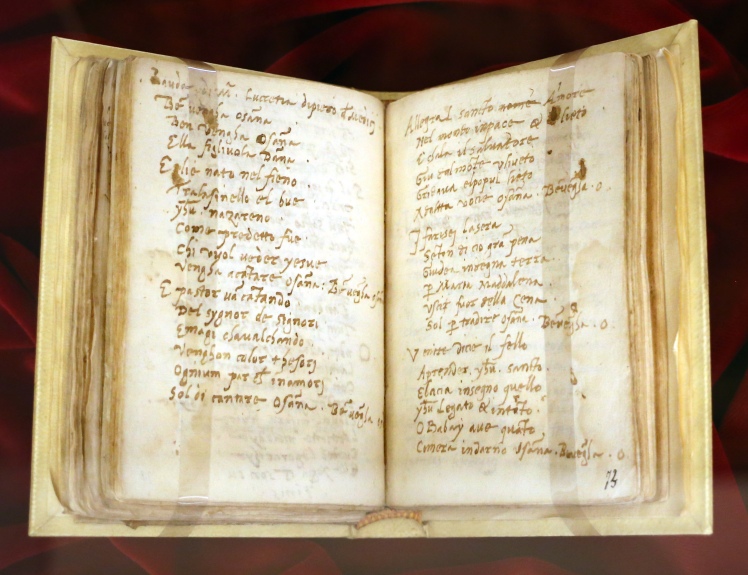