I am writing an herbal for my apothecary. Below I’ve posted the research I’ve done so far from An Illustrated History of Herbals, Healing from the Medieval Garden, and Illustrative Traditions of Medieval Herbals. Enjoy 🙂

What is an Herbal?

An herbal is a book that describes plants (Anderson). They typically describe plants that have medicinal properties, how to identify them, how to extract their useful properties, how to apply those extractions to treat disorders and diseases (Anderson). An herbal is a book of simples (Collins). A simple is a medicine composed of one herb or plant (Collins). In an herbal there are typically chapters with the names of plants, their illustrations, their characteristics, their medicinal properties, and recipes for medicines made from them (Collins). Herbals provide insight into medical and botanical practices of history, but also material on the philology, the social history, and the folklore of those who came before us (Anderson). 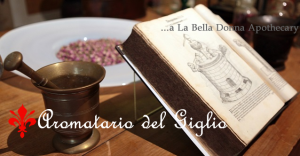 Pedianos Disocorides was from Cilicia and lived during the time of Nero (50-68 AD). He wrote in Greek, and his treatise, De Materia medica (On medical material), covered 600 plants, 35 animal products, and 90 minerals. His body of work is classified between five books: I – aromatic oils, salves, trees, and shrubs; II – animals, animal products, cereals, pot herbs, and sharp herbs; III – roots, juices, herbs, and seeds; IV – roots and herbs; V – wines and minerals (Collins). This herbal laid the foundation for all subsequent herbal literature and was considered the supreme authority on medicine for over 1,500 years (Anderson). Other herbals, such as the Hortus sanitatis and the Herbarius latinus, cited this work frequently (Anderson). The oldest known manuscript of the Materia medica is at the Austrian National Library of Vienna and dates from 512 AD (Anderson). 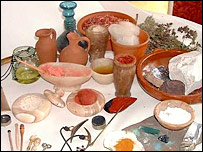 Pliny’s Naturalis historia (Natural History) contains data from over 2,000 historical manuscripts. Pliny used over 400 authors, listing over 33,000 items, and included over 33,000 facts and myths that give us insight into the Roman world view (Anderson). The work is contained in 37 books and was written before his death in August 79 AD when he succumbed to the eruption of Vesuvius.

According to scholars the only certain thing about The Herbal of Apuleius, known also as Herbarius, is that Apuleius was not the author (Anderson). Lucius Apuleius was the author of The Golden Ass, he was a native of Madurensis near ancient Carthage, and he was a student of Plato’s philosophy. Herbarius manuscripts do contain some native North African plants and also contain the mythological figures of Chiron the Centaur, Achilles, and Peleus, three personages misunderstood as Apluleis, Plato, and a centaur. The work was compiled around 400 AD and drew heavily on Pliny and Dioscorides. This herbal went on to inspire other herbals, where the author would substitute local plants that resembled those in the herbal and deleting those foreign to him (Anderson).

After Herbarius the next notable herbal the presented any competition was the 11th century De viribus herbarum (On the power of herbs) of Macer Floridus (Anderson). The author is likely a man named Odo, called Macer of the Flowers. This herbal is in Latin verses and describes the medicinal properties of 77 plants (Anderson). Most of the material contained in De viribus herbarum comes from Pliny. Other classical writers such as Galen, Disocorides, and Hippocrates are also represented, differing only in the use of verse instead of ordinary prose. This made the volume popular with doctors who could more easily remember the metrical lines (Anderson).

Hildegarde of Bingen is the first woman author of an herbal that discusses the medicinal properties of plants and trees. Hildegarde was born near Mainz in 1099, the daughter of a knight (Anderson).

What are the notable herbals of antiquity?